Eve is a Certified Alcohol and Drug Counselor (CADC) for the Derek House who is committed to working with people struggling with alcohol and/or drug addiction. Born in Connecticut, Eve spent six years in the military and several years as a restaurant manager in Rhode Island. Eve started her career in the human services field in 2005 as an Alcohol and Drug Counseling Aide working nights at Derek House. She eventually became the Medication Room Manager. In the course of this work, she realized her passion for working with others and pursued her CADC. Eve is dedicated to helping her clients obtain the life skills necessary to maintain sobriety and recovery. Declan has been with Manna since late 2007. He has worked with clients at both Derek House and Elijah’s House in several capacities. Currently he is a Pastoral Advisor working with Elijah’s House and Derek House. Declan enjoys helping people recover from their addictions while they learn about Jesus and the help He can provide in the recovery process. Declan brings a wealth of life experience to his work at Manna, both in life skills and in ministry. 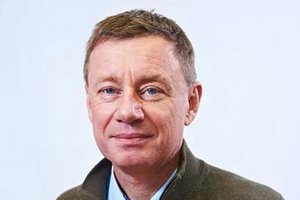 Ryan Price, LADC, Program Director, Derek House & Elijah’s House Ryan has been licensed as a substance abuse counselor in Maine since 1995. He has been with Derek House since the program’s inception. Currently he serves as the Program Director for Derek House by day. He is currently working on his Master’s in Counseling at Husson University. Ryan accepted Christ as Savior in the Fall of 1982 which has led him to other ministries including music and being a singer in a Contemporary Christian band, Fishers of Men.

Here are a few of my favorite organizations. Please do check them out to learn more about what they do.

Hi! I’m Maine. A loving and devoted mother of two. I created Manna Maine so I can share my journey towards making a difference in the world in my own little way with the help of my husband and family.

There are lots and various ways to help our neighbors in need and my dream is to influence and motivate others to share a small portion of their lives in making the world a better place by setting an example.

I’m not trying to achieve the impossible but doing things one step at a time will certainly help. Here are my current goals: